Skip to content
From Europe to South-East Asia: Educational Talk on 360°-Video

From Europe to South-East Asia: Educational Technology Talk on 360°-Video

Last week (01. September 2021) we were invited to talk about SEPA360 and 360°-video in higher education. The educational talk was organized and hosted by the Centre for Innovative Delivery & Learning Development from UiTM (Malaysia). Michael S. Feurstein (WU Vienna), Michaël Empsen (PXL Hasselt) and Vassilis Barkoukis (AUT) presented the SEPA360 Project, gave an introduction to 360°-video technology and how to get started as an educator and demonstrated the Vivista 360°-video editor. 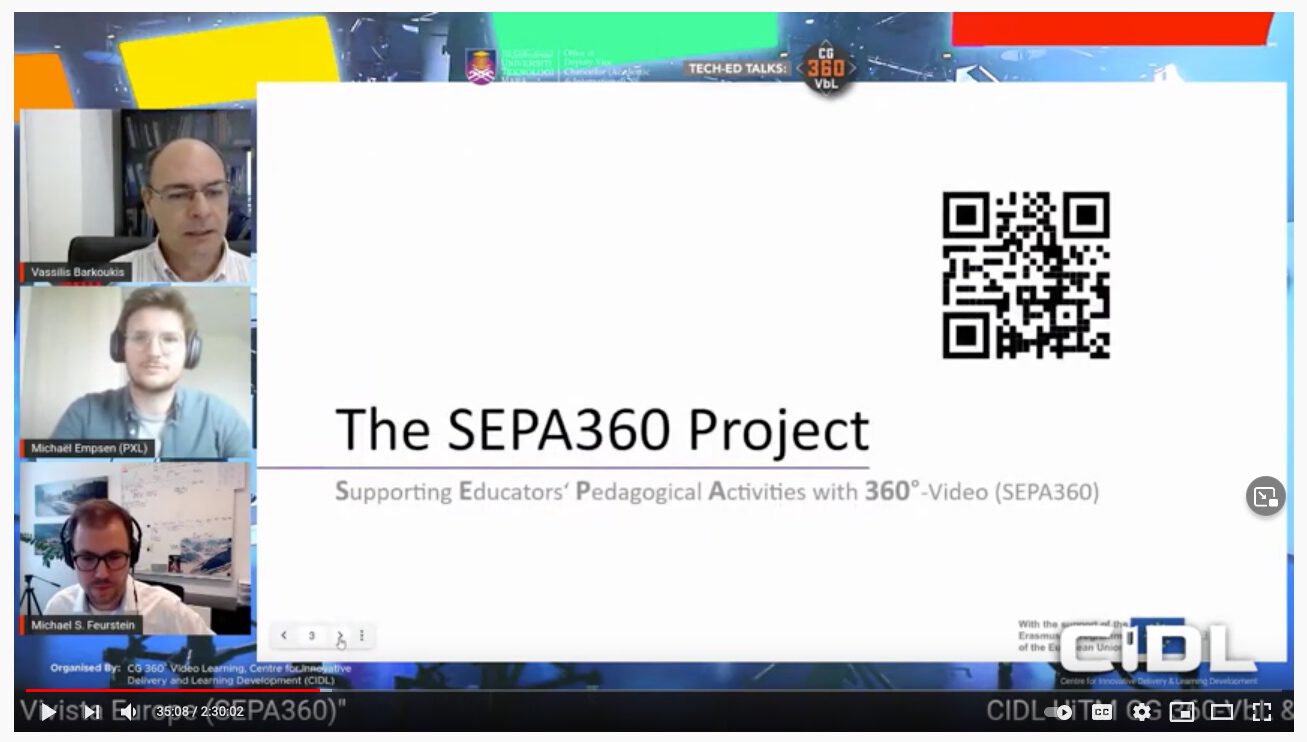 The talk was divided into three parts, followed by questions and answers respectively.

Watch the entire talk on youtube (starting from minute 30).

It was a fruitful discussion with many interesting questions concerning how to integrate and adapt 360°-video in an educational setting. Vivista was well received and we could showcase and demonstrate the software to more than 170 viewers from south-east Asia. 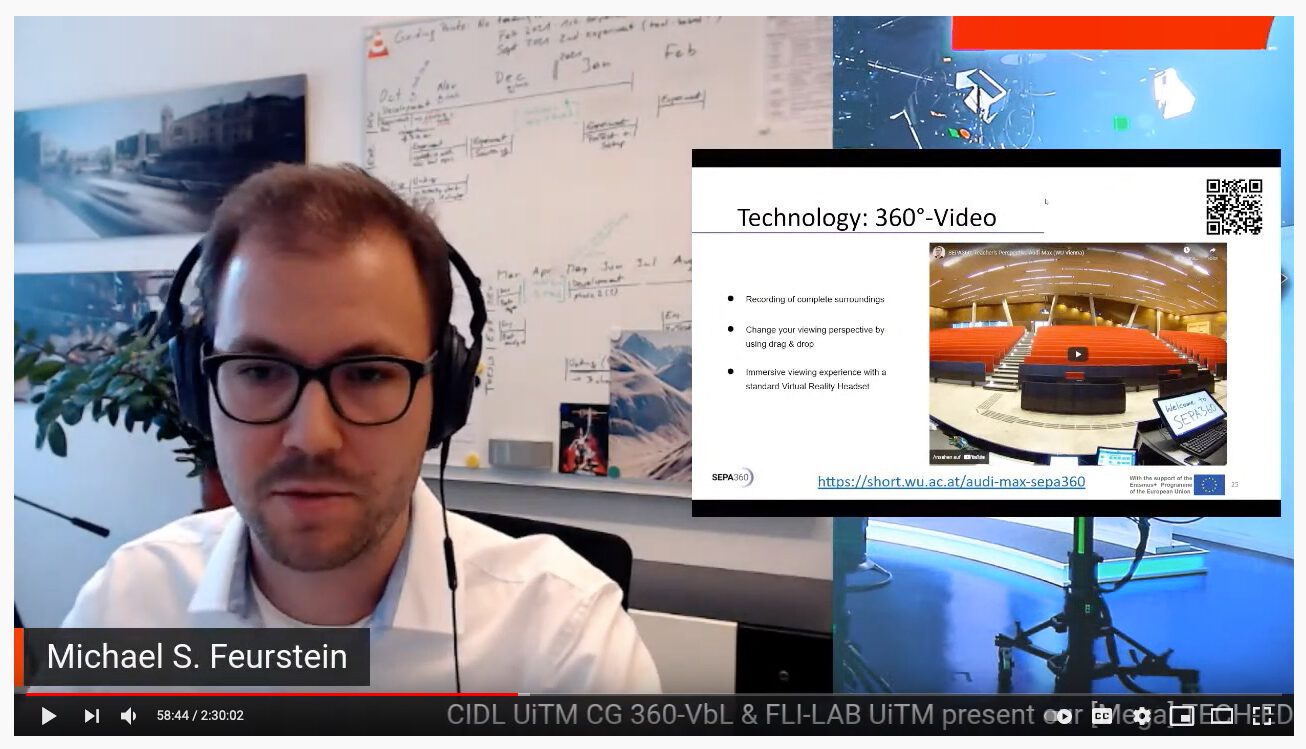 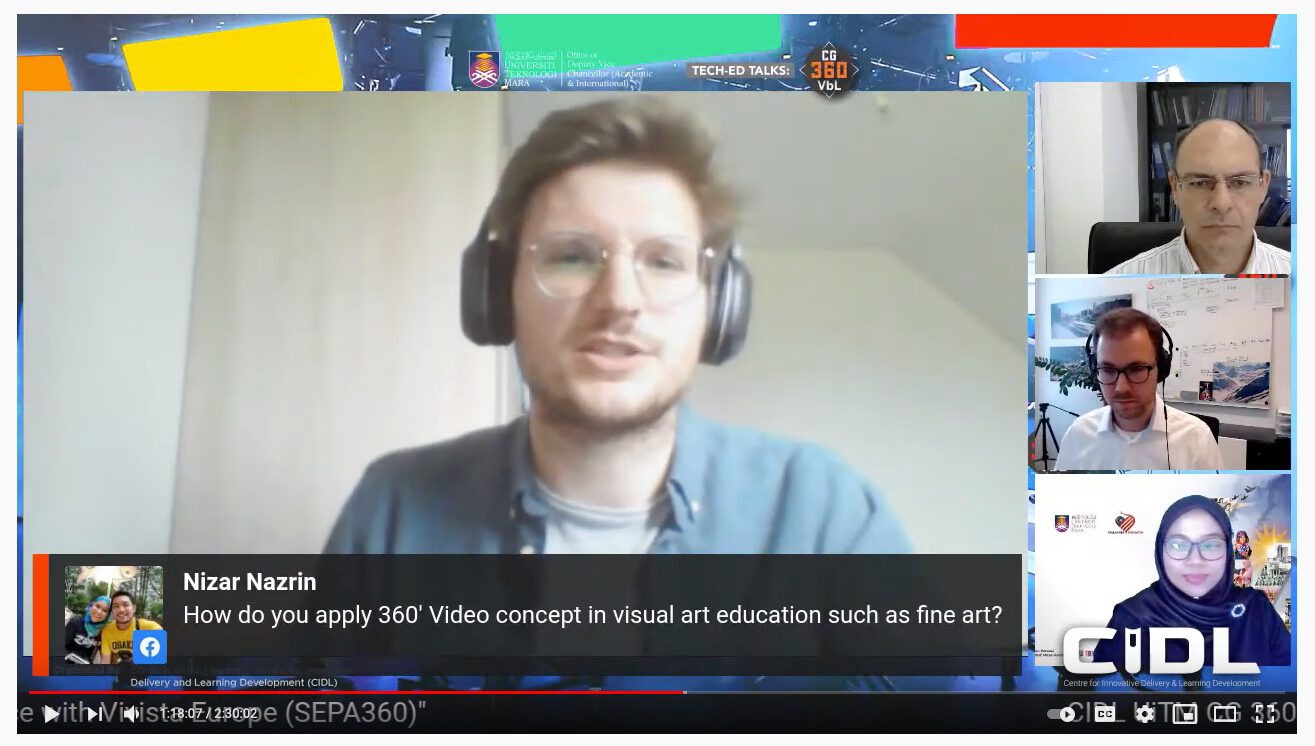 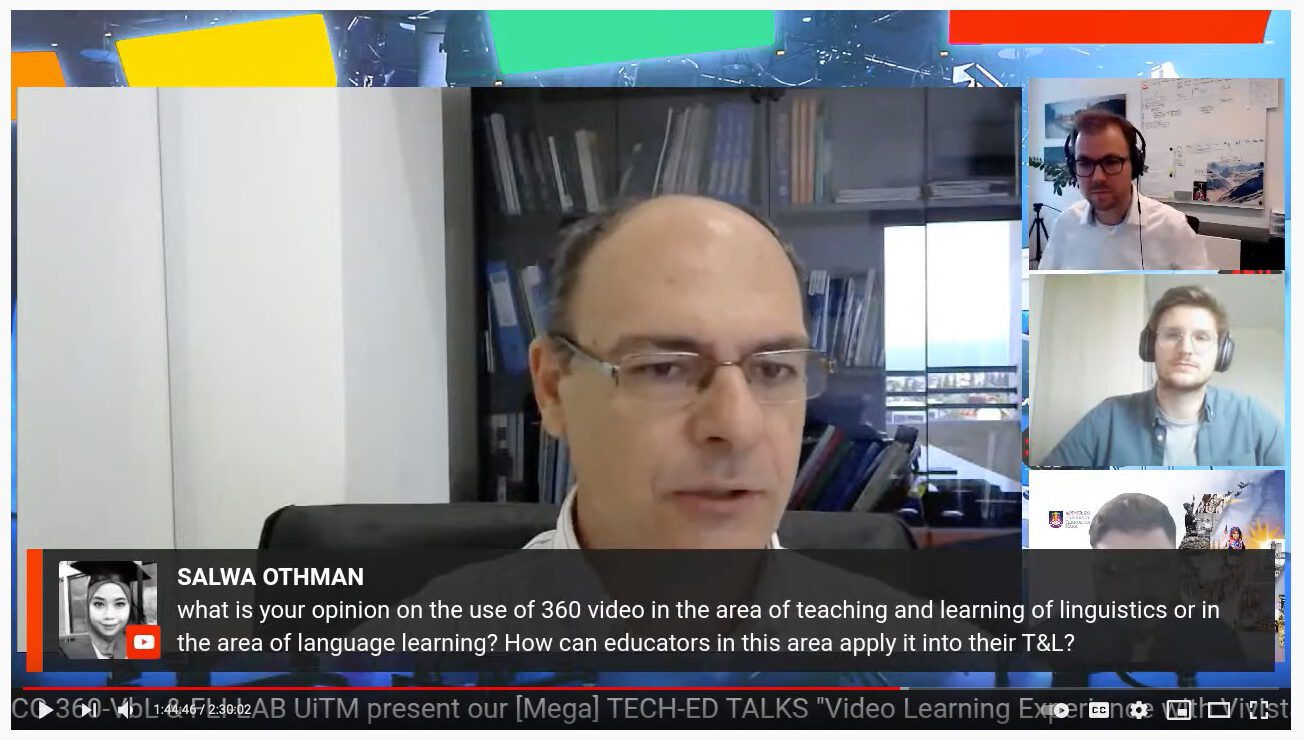 Vassilis Barkoukis (University of Thessaloniki) on how to apply 360°-video-based learning to the learning field.

It was a great opportunity to present SEPA360 to a wider international audience. The area of 360°-video-based learning has great potential and from the discussion with educators from Malaysia it was clear that many future scenarios are still in the making.

Watch the entire talk again here. Tweet about it here.